Portfolio > Collaboration With a Bird lV 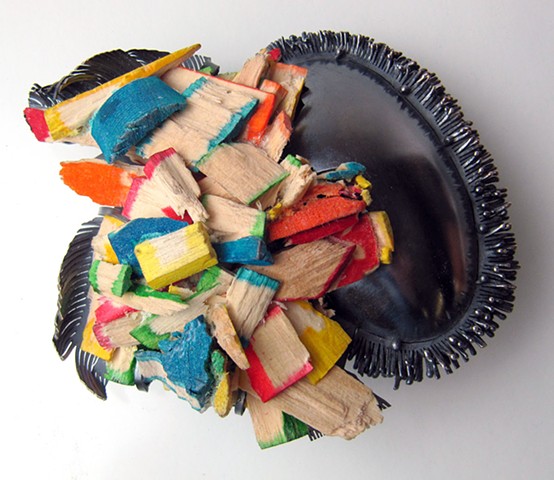 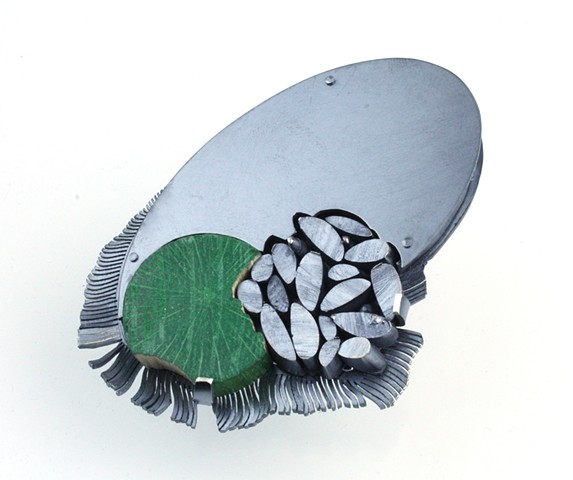 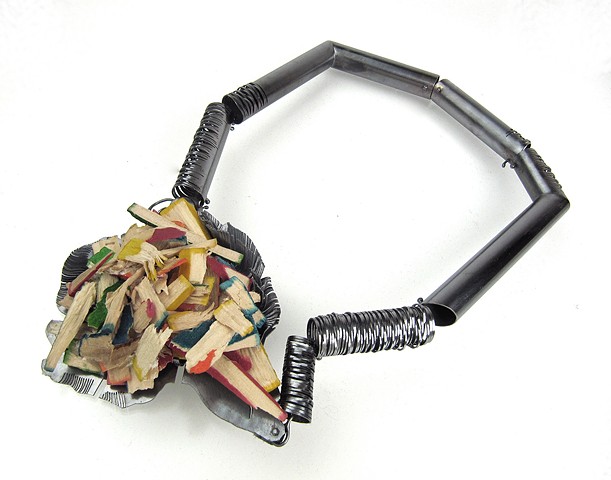 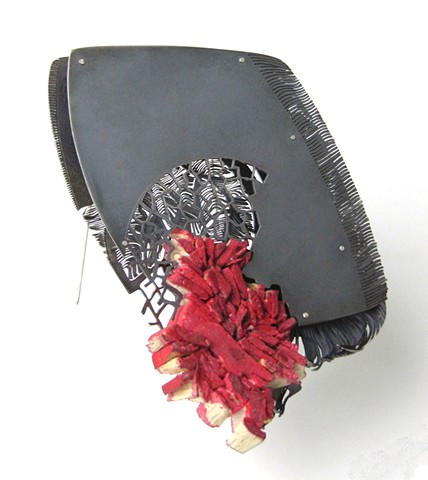 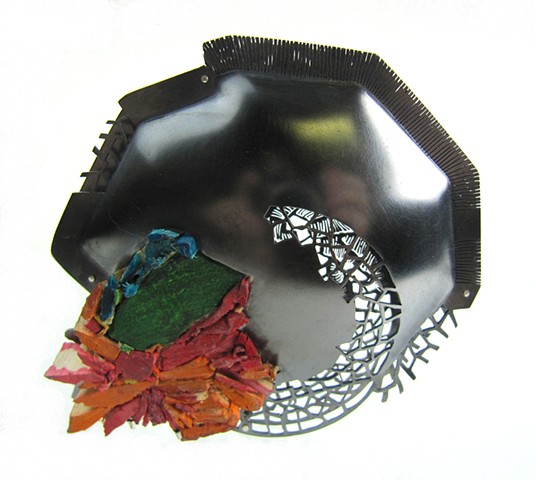 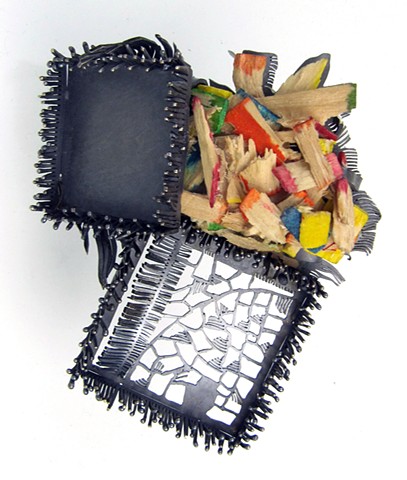 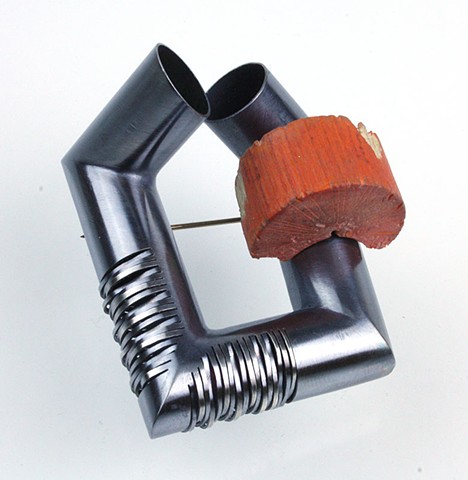 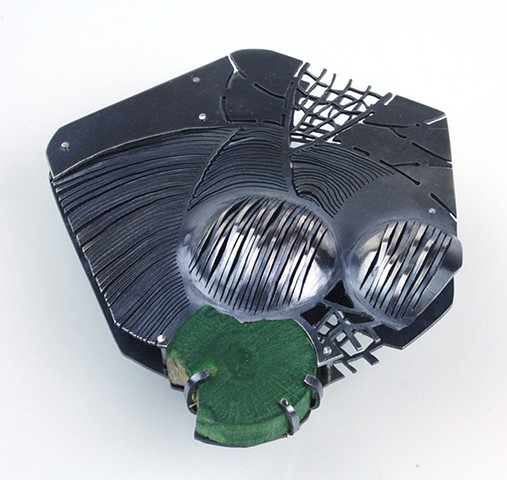 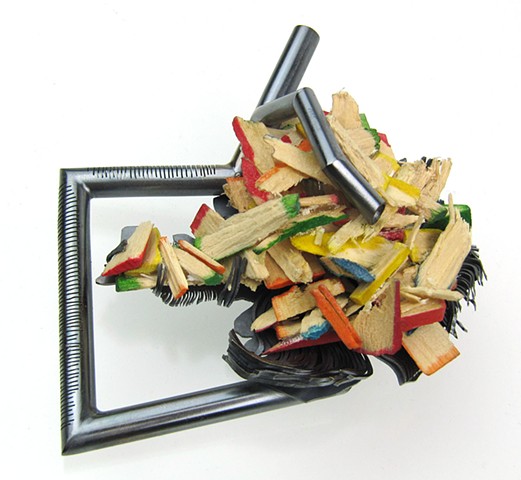 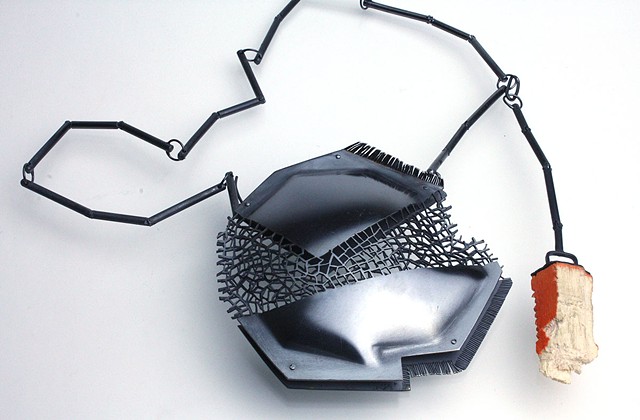 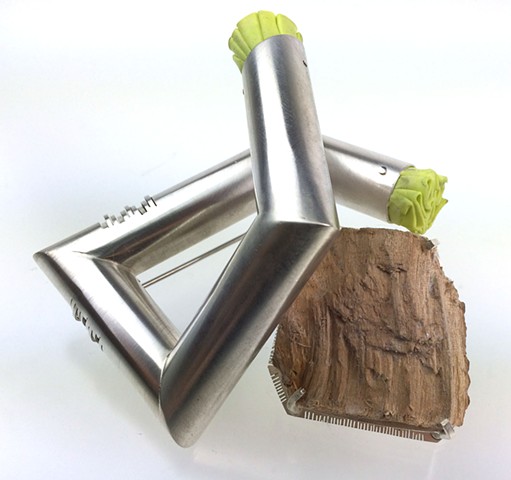 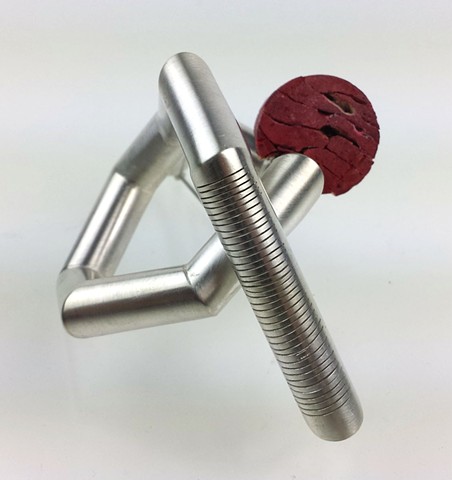 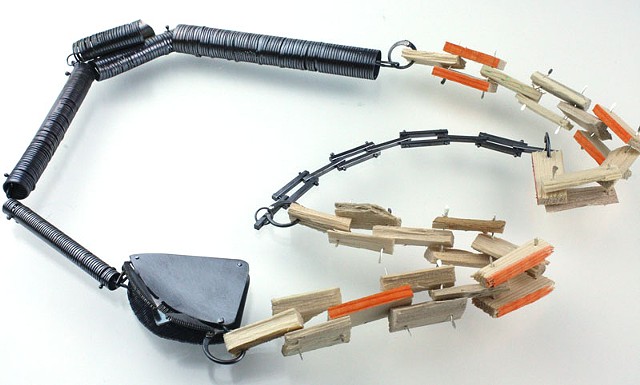 Collaboration With a Bird lV, #1
Sterling silver, wood altered by a bird

The Greek philosopher Xenophanes coined the term anthropomorphism when describing the similarity between religious followers and their gods-- Greek gods are illustrated with having blue eyes and light skin while African gods shown with dark eyes and dark skin. Neuroscience research suggests that similar brain regions are engaged when humans think about both humans and animal and that anthropomorphism may be using similar methods as those engaged when thinking about “other” people.

Non-human animals can be seen as entertaining objects, filthy pests, or a good meal, while also being regarded as almost human. The opposite of anthropormorphization is dehumanization. The act of dehumanizing sick people is common; we have all heard the term bat-shit when referring to someone with mental illness. Or Giraffe Girl, Camel Woman or Jo-Jo the dog faced boy within the circus world. Human freaks with abnormalities have been linked to non-humans to instill fright, disgust, or contempt because they seem to violate a sense of physical or perhaps even spiritual sacredness or purity.

While non-human animals are ‘humanized” to ease the minds of the captures/masters for the same reasons, Women have been dehumanized throughout history. In the 20’s women organizing for the right to vote were called “flappers” (birds leaving the nests), Rosie the Riveter was assuming traditionally masculine jobs during WWll and so they were called “alligators”. Today, in an attempt to protect male privilege and dominance words such as bunny, pussy, chick, bird, and fox are used, and when a woman is showing leadership she may be granted the almighty Amazon or bitch-goddess label.

The series of objects titled Collaboration with a Bird(CWaB) are reminiscent of toys meant to pacify and ask the viewer to question their own relationship to animals and how they chose to co/exist with “others”. This work challenges the popular norms, misconceptions and superstitions that have led to the death of animals and marginalization of humans.